Approaching the UCLA Hitch Commons building, the folded exterior ceiling with stained Douglas fir linears invites you inside. The ceiling’s natural tones and grain add warmth to the angular design, and elegantly ties in the natural surroundings. At first glance, the linear planks appear fairly ordinary, which is the intent. Upon inspection of the shop drawings however, the dimensions and details of the planks and end-joints reveal tight execution. The consistency of the installed ceiling was made possible by significant coordination and modeling. It was simplicity achieved through complexity.

The challenges presented by the ceiling design centered on the angled geometry. The first question was, why so many angles? Why not would be the better question, according to architect Geoff Doorn of Steinberg. “The building structure and ceiling were canted up at the west end to highlight the view. The intersection of sloping planes was required to match the building folds, as well as to create a rich visual impact.” The exterior angles continued through glazing, into the large interior space. 9Wood solid vertical grain Douglas-fir linears were selected due to their dimensional stability, meaning they could withstand swings in temperature and humidity.

Ten unique, articulating planes formed the facetted interior and exterior ceiling. The “folds” posed a challenge: how could the suspended linear planks appear as one width as they zig-zagged up and down each plane. And, when jumping ¾” reveals at the seams, how could their ends maintain alignment? To understand the complexity, 9Wood Drafter Robby Ball drew a 3-D model of the entire ceiling. Then the angled ceiling was “flattened” to measure each of the linear plank widths. Ball rounded every plank into one of three sizes: 3”, 3-1/8”, and 3-1/4”. The result: a suspended ceiling where all the linears appear as the same module. “By coming up with three sizes, it created classy and correct joinery. We found a simple approach to tackle a complex design.”

The 3-D modeling and head scratching up front cut out some of the complexity, and allowed the acoustical sub-contractor to focus their efforts on field-cuts at the angles. Matt Paul with Elljay Acoustics summarized the process: “9Wood did a great job with the shop drawings and grid layout drawings that made our job a lot easier.” The 2,500SF project still took 720 man hours to install.

Ball summed it up best: “The highlight was having all of the complex geometry come together. That was really satisfying.” 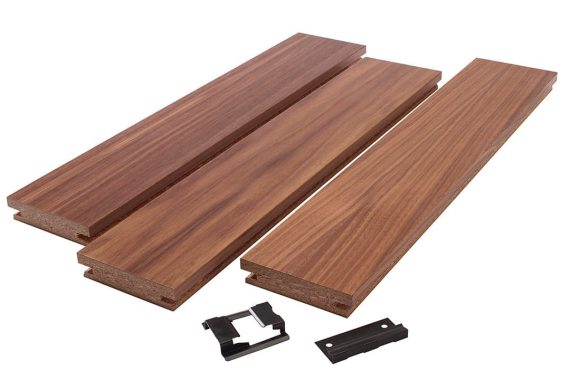 Budget-friendly system with clean, uninterrupted lines and reveals for acoustics. Fast progressive installation delivered thanks to our Speed-Lock clips. 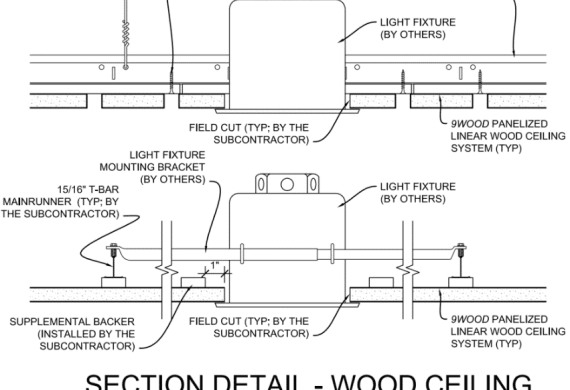 Light fixture selection and integration is a key feature in any space. But how is it accomplished? Can I put lights in any ceiling? How… 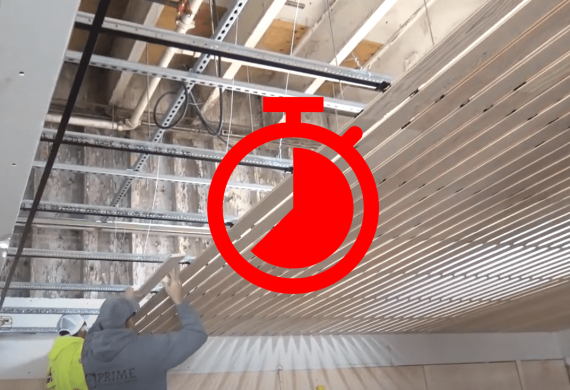 The 9Wood 2300 Continuous Linear system is one of our fastest products to install. The Speed-Lock clip makes installation up to 3x faster than…